A copy and Paste by “Maestro the technocrat ” 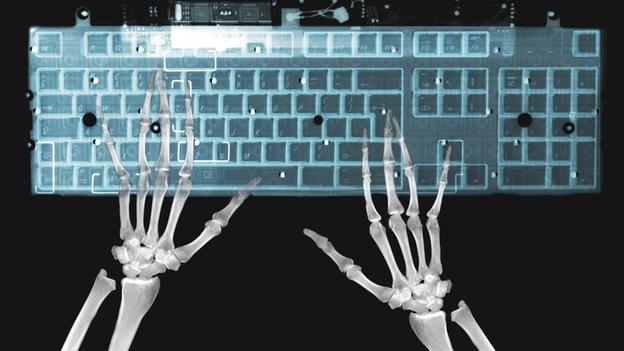 “Through remote mail, smartphones, Blackberries and tablets, email insists that there should be no place or time where the discreet buzz of an arriving message cannot be felt. And, regardless of time and place, it wants these messages to be replied to as soon as possible – in the form of more emails, feeding others’ inboxes.

Email is free and instant, so there’s no reason not to send it in vast quantities – and, just to be on the safe side, to copy everyone into every message, and to cover your own back by double-checking every step of a process in written electronic form. Email doesn’t want you to make autonomous decisions, to delegate, or to switch off: it wants you to turn everything into typed words and queries, copied to everyone. It doesn’t want you to make phone calls or attend meetings, either: the preference is for endlessly reduplicated words and attachments.

This is a caricature, but you get the point. Left unchecked, the tendencies of email as a medium are towards overwhelming, choking, ceaseless email-management – and little else.

Asking what email wants may seem bizarre, but it’s a question with an interesting intellectual pedigree. In his book What Technology Wants,author Kevin Kelly proposes a striking reversal of cause and effect when it comes to technologies like email. The notion of “wanting” something he writes, “is not just for humans. Your dog wants to play Frisbee. Your cat wants to be scratched, Birds want mates. Worms want moisture. Bacteria want food.” Similarly, technological systems have their own species of wants: “not carefully considered deliberations but rather tendencies. Leanings. Urges. Trajectories.” So how, Kelly goes on to ask, do technology’s wants affect us?

‘The future is here’

For many of my contemporaries, email’s “wants” are among the most important factors shaping their professional lives. Seen from a certain angle, many working days can look and feel like little more than tending the insatiable needs of an inbox.

Yet there’s little mystery about antidotes to the worst of these tendencies. The rules of good email etiquette are widely documented, and will seem like common sense to most savvy modern workers: think before you send, don’t needlessly copy everyone in, be brief, say nothing if you have nothing to say, don’t send an email if a phonecall would work better, use other more appropriate tools for tasks like project management or editing shared documents.

Similarly, the net is stuffed with time and attention solutions for the electronically overburdened: from efficiency strategies like “inbox zero” to campaigns for email-free days, efficient batching of messages, time delays on sending to encourage mindfulness, and radical overhauls of corporate communications strategies. Visit a site like Lifehacker and a deluge of excellent advice and handy tools awaits.

All this is out there, but we’re not using it. Not enough of us, at least, and not enough of the time. This, I suspect, is because email doesn’t want us to. All those inboxes want to be fed. They want to make bad habits easy, and good ones just hard enough to put us off. They want it to be just too much trouble for most people and firms to change the way they work

“The future”, William Gibson once wrote, “is already here: it’s just not evenly distributed”. The same can be said about dealing with most digital difficulties. Progressive solutions have already been devised and are out there, waiting for you to deploy them. The problem is bringing everyone else along with you.

In one sense, this is an issue of hierarchy. For those at the top of the tree – bosses, successful freelancers, divisional managers – asserting control over their own lives and times is possible if they put their minds to it.

For those clambering up lower branches, however, the luxury of control is harder to come by. Not replying to emails from your superiors while at home or on vacation isn’t really an option; nor is refusing to copy others into exchanges you haven’t initiated, or setting up meetings instead. Tech gurus may talk of “unplugging” and restoring work-life balances – but most ordinary aspirants simply have to get on with living within whatever system surrounds them.

This, I think, is what email wants most people to feel: powerless. It wants this because, in the end, it’s not so much a physical technology as a set of assumptions and laws encoded within the tools we use every day. Until the laws themselves change, all the good intentions in the world count for very little. And laws don’t tend to change until enough actual lawmakers take an interest.

Towards the end of his book, Kevin Kelly asks a second question about technology: “how can technology make a person better?” Only, he answers, “in this way: by providing each person with chances.”

So far as email is concerned, it’s an ugly irony of contemporary connectivity that many of the chances it provides are not for creation or self-betterment, but for the perpetuation of a system where, if an idea or a task isn’t represented in your inbox, it might as well not exist.

The irony is especially bitter because electronic mail remains a fantastic tool for something precious: for free, seamless, thoughtful written communication between both friends and strangers, open to all, and near-unlimited in its scope.

Perhaps the most important question of all, then, is this: what is emailbest for? The answer, I’d suggest, is anything that a self-contained written account can effectively convey without begging too many questions – and that doesn’t actually need answering until tomorrow.

We’ll never escape all of technology’s worse wants. But if enough bosses, gurus and digital law-makers can manage to think outside the inbox, we can at least hope to contend with lesser evils.”

“i do not do this often”